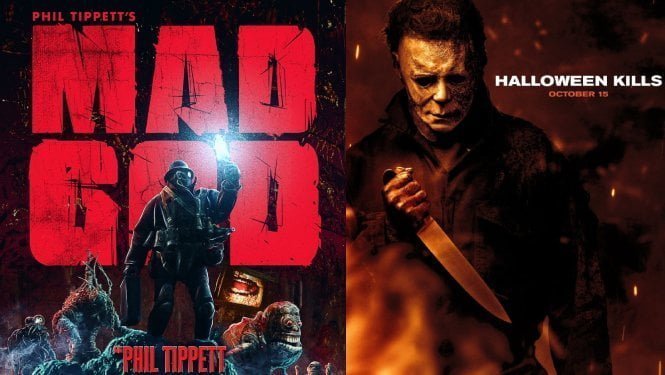 Why I took them off my list: For my final Double Feature review from the 2021 Sitges Film Festival, I’m taking at look at two films that share a similarly bleak outlook but that take very different approaches in their narrative and execution.

Mad God IMDB description: “A corroded diving bell descends amidst a ruined city and the Assassin emerges from it to explore a labyrinth of bizarre landscapes inhabited by freakish denizens.”

Halloween Kills IMDB description: “The saga of Michael Myers and Laurie Strode continues in the next thrilling chapter of the Halloween series.”

Aside from being one of the greatest places in the world to see the best new offerings in the horror genre, the Sitges Film Festival is also increasingly becoming a great showcase for animation, particularly offbeat animated films that might struggle to find an audience otherwise.

This is certainly the case for the first entry in my last Sitges Double Feature review, a full-length feature that took over 30 years of painstaking work and struggle of trying to bring the far-from-commerical and somewhat edgy material to the screen.

Although not a household name, there is little doubt that Phil Tippet is a god in terms of the history of animation, responsible for iconic creations such as the AT-ATs in The Empire Strikes Back (1980) and the velociraptors in Jurassic Park (1993), among a whole host of other memorable beasties from the 1970s onwards, including Jabba the Hutt and the terrifying alien bugs from Starship Troopers (1997).

His incredible vision and technical skill are on full display in Mad God, as we are presented with a series of grotesque, richly populated apocalyptic environments reminiscent of some of Terry Gilliam’s films, and brilliantly designed and animated creatures.

You Are Likely to Feel A Bit Lost

Mad God is never boring to look at, but Tippet’s nihilistic outlook and the often revolting images he conjures up can be a bit of an endurance test. The lack of story can also be a bit frustrating at times. Although the film starts off following one character, this point of reference soon disappears and we are thrown into a bizarre whirlwind of strange goings on in this disturbing, chaotic world.

This can be disorienting at times, and while the overall message Tippet is trying to convey comes across loud and clear, the film might have benefited from a little bit more of a story and characters to invest in.

Based purely on its technical achievements and incredible visuals, yes. But, like with Valerie and Her Week of Wonders, which I recently reviewed, those looking for a straightforward story to follow are going to be left wanting.

Written and directed by Phil Tippett

Although far from a One That Got Away, I felt like putting my 2 cents in on Halloween Kills, the latest installment in the neverending Michael Myers saga, because the screening at Sitges was maybe the most fun I went to. The audience knew just how to enjoy a Halloween film, and almost every brutal blow and inventive kill inflicted by the seemingly unstoppable Myers was met by rapturous applause.

I was also puzzled by the mostly negative reviews it received from critics. While not a game-changing masterpiece, I thought that the film did a good job of honoring the franchise’s past while straying away from the typical formula in some pleasing ways.

Filled to the Brim With Tense Setpieces

In the end, as with the insights into long-lasting trauma in the previous film, Halloween Kills has some interesting things to say about mob mentality. In the scenes where a righteously angry mob hunts for Michael, it really feels fresh as a Halloween story, particularly in a terrifyingly chaotic scene set in a hospital.

Much of the rest of the film admittedly follows the same tired and true stalk-and-slash formula we have seen in many a Halloween film past. Saying that, though, many of Michael’s kills are impressively mounted and leave a brutal lasting impression, notably his attack on a squad of firefighters outside a burning house, and a surprise assault on an unexpected character just before the credits roll.

I may be biased because I saw it in such a lively setting, but if you are a fan of horror then I would say so. Halloween Kills may not break the slasher mould as much it would like to think it does, but it’s still a gripping and entertaining ride. 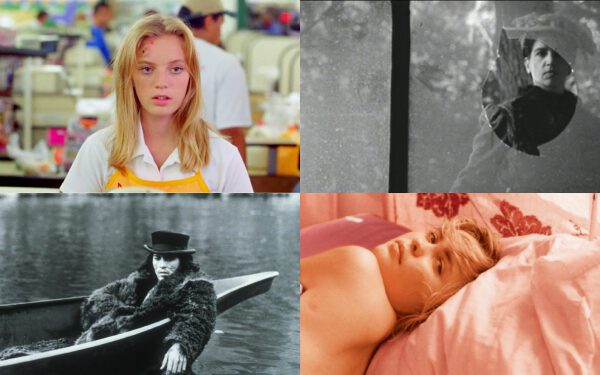