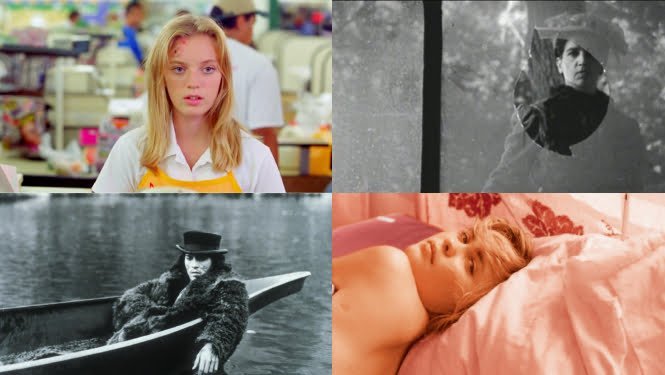 Why I made the list: After making a list of the most underrated films of the 21st century’s first 20 years, I realized there were plenty of films from the previous decade that still haven’t got the attention they deserved.

While there are many 90’s films that didn’t make a big splash on release but have gone on to become cult classics, there are heaps of other underrated, quality 90’s features that have become forgotten, and that’s a shame. So this list is my attempt to spotlight some of the best 90’s hidden gems and get them some of the recognition they deserve!

Note: I’ve deliberately left out underrated and under-seen 90’s films that fall into the horror, fantasy and sci-fi genres, as they can fill up a list on their own (coming soon!).

While Dazed and Confused (also featuring actor Rory Cochrane and Renee Zellweger in one of her early roles) has gone onto become an undisputed classic of 90’s teen cinema (even though it’s set in the 70’s) and launched the careers of stars such as Matthew McConaughey and Milla Jovovich, this enjoyable look at teen rebellion from the same period has sadly become forgotten in the decades since its release.

Though undeniably cheesy and transparently emotionally manipulative, there’s still a real charm to this story about a group of teenage employees of a record store (including a young Liv Tyler) and their attempts to stop the place from going out of business. The climatic scene of Zellweger’s character overcoming her shyness to belt out a punk pop track from the roof of the store still rocks.

Practically from the beginning of her career, almost all of Jane Campion’s films have been heralded as masterpieces upon release, from The Piano (1993), to Bright Star (2009), to The Power of the Dog (2021). She’s rarely had a misfire, with the exception of the 2003 Meg Ryan thriller In the Cut (which I personally highly rate), and this forgotten Kate Winslet/Harvey Keitel vehicle.

It’s understandable why Holy Smoke failed to engage a large audience: it’s a trippy, out-there story of a young Australian woman whose family are convinced she’s been brainwashed by a cult and hire an ‘expert’ to deprogram her deep in the Australian outback, only for the two to fall into a sexually charged relationship. But the film is an ace exploration of power dynamics and spirituality, and along with Heavenly Creatures (1994), boasts one of Winslet’s very best 90’s performances outside of Titanic (1997).

Nashatasha Lyonne has recently cemented her placed as an incredibly lovable, skilled treasure of a comedic performer in TV shows like Orange is the New Black (2013-19) and Russian Doll (2019-). Her undeniable talent can be traced back to one of her earliest leading roles in this gem of a dark comedy about a disaffected teen and her social struggles on the fringes of 70’s Los Angeles.

Supported by a great cast including Alan Arkin and Marisa Tomei, Lyonne is fantastic as the sardonic Vivian, and the script and performances add up to a masterpiece of deadpan comedy that has unjustly flown under the radar for too long.

Directed by James Marsh, who went on to make The King (2005) Oscar-winning documentary Man on Wire (2008) and The Theory of Everything (2014), this beguiling docudrama recounts a series of very unfortunate events that occurred in the seemingly cursed town of Black River Falls, Wisconsin, in the late 19th century.

Based on the non-fiction book of the same name by Michael Lesy, the film is mostly made up of dramatic reenactments based on photographs taken during this troubled period in the town’s history, resulting in a film full of striking black-and-white cinematography. The series of misfortunes really need to be seen to be believed, and the fact that the late, great Ian Holm is the narrator is the icing on this morbid cake.

Another film set in the late-1800’s and full of striking black-and-white photography, Dead Man tells a story that, unlike Wisconsin Death Trip, is entirely fictional but equally as bewitching. One of star Johnny Depp’s most underrated and underseen films, it tells the story of a mild-mannered accountant called William Blake who is mistaken for the poet of the same name and is thrust into a series of bizarre misadventures across the Wild West.

One of writer/director Jim Jarmusch (Coffee and Cigarettes, Broken Flowers) ‘s most accessible films, it’s a trippy, thought-provoking exploration of identity with an an ace supporting cast including John Hurt, Iggy Pop, and Robert Mitchum in his final role. The stunning cinematography, immersive production design, and improvised acoustic score by Neil Young make for an incredibly mesmerizing experience.

The feature debut of writer/director Lisa Cholodenko, who would go on to helm The Kids Are All Right (2010) and the wonderful TV miniseries Olive Kitteridge (2014), this story of a young magazine intern who becomes embrollied in a love affair with a famous photographer is an uncommonly sensitive and empathetic lesbian love story that feels way ahead of its time.

Bolstered by vibrant perfomances from Ally Sheedy, Radha Mitchell, and particularly Patricia Clarkson as a faded, Fassbinder-era German actress, as well as a dreamy score by Shudder to Think, the film is a fascinating exploration of power dynamics and among those seeking artistic fulfillment and fame.

On the surface, Go is an obvious attempt to cash in on the popularity of hyperactive, multi-narrative films centered around crime and eccentric characters that arose following the success of Pulp Fiction (1994). But unlike many of the imitators of Tarantino’s magnum opus from this period, Go offers characters you actually care about and a satisfying story.

Propelled by a great screenplay by John August (his first, followed by many Tim Burton collaborations such as Big Fish (2003) and Frankenweenie (2012)) and likable performances, especially from Sarah Polley, the film is a energetic triumph that boasts both style and substance.

I couldn’t choose which of these 2 excellent, underrated films by director Todd Haynes (Far from Heaven, Carol) to include on the list, so decided to write about them both. Although they share a writer/director, they couln’t be more different, but both are great in thier own way.

Safe sees Julianne Moore play a 80s suburban housewife with a comfortable yet somewhat stale life who begins to develop symptoms of an allergy…apparently to modern life itself. In seeking a cure for her aliment, she gradually begins to withdraw more and more, until she ends up living in an isolationist commune, but even that doesn’t appear to be enough. Even more relevant than ever, the film is a fascinating psychological thriller.

Velvet Goldmine, on the other hand, is a genius deconstruction of the 70’s glam rock scene, starring Johnathan Rhys Meyers as an obvious Bowie analog, whose mysterious life story long-time fan and journalist Christian Bale seeks to unravel. Visually dazzlingly, it’s a thought-provoking narrative that also features some great original songs that nail the spirit of the musical movement it seeks to explore.

A number of genius Hong Kong director Wong Kai Wai’s 90’s offerings (Happy Together, Fallen Angels) could be included on this list, but for me his masterpiece from this period is 1994’s Chungking Express. Two disparate love stories loosely connected by the fact that the male leads are both police officers and colleagues, the film is vibrant, joyous, and incredibly romantic.

While the first story is certainly intriguing and stylish, the film will truly steal your heart in the second narrative, about the offbeat courtship between one of the cops and an enigmatic young young woman working at a food stall. Propelled by the best use of “California Dreamin'” by The Mamas & the Papas I’ve ever seen in a film,  the second half is a woozy, beautiful exploration of the gap between expectations and reality, capped off by a unforgettable, near-perfect ending.

A pulse-pounding action movie that also serves up a heady dose of philosophy, Run Lola Run is undoubtedly director Tom Tykwer (Haven (2002) , Cloud Atlas (2012))’s crowning achievement. This German-language film follows a woman named Lola (Franka Potente) who has 20 minutes to come up with a substantial amount of money in order to save her criminal boyfriend Manni (Moritz Blebitru) from a grisly fate at the hands of his superiors.

What sets this film apart from the others in its genre in its period is the uncommon focus on the split-second decisions that Lola makes and how they not only affect her ultimate fate, but also those around her who she comes into contact with. The kinetic editing, willingness to experiment with format, and expertly matched 90’s trance soundtrack make the film a uniquely thrilling experience.

What do you think about my picks? Strongly agree/disagree? Any egregious omissions? Let me know in the comments! 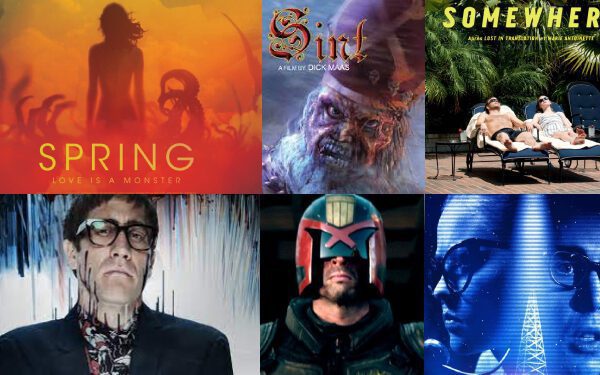