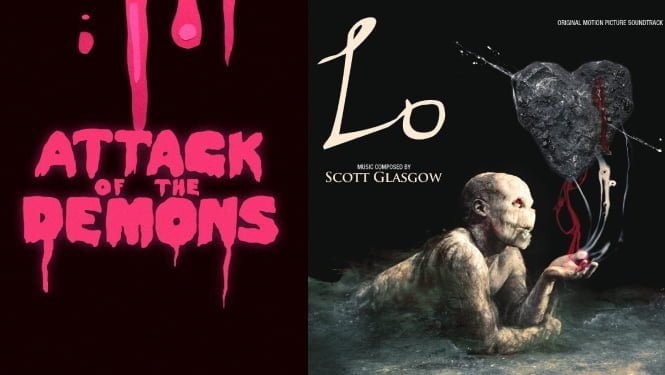 Why I took them off the list: I decided to go a lighter route than some of my previous Double Feature reviews and take in a couple of horror comedies I’d been meaning to check out for a while. Both happen to center around demons and are perfect for Halloween viewing. Let’s dig in!

Attack of the Demons IMDB description: The year is 1994 – For centuries, a demonic cult has been plotting the destruction of mankind. When a small Colorado town is overrun by a legion of mutating demons, three non-demon hunter friends must use every skill their minds can fathom to stave off the demon apocalypse.

Lo IMDB description: A man uses a demon to save his girlfriend but the demon has a nefarious plan.

Review of Attack of the Demons

As you can probably tell from the image above, Attack of the Demons is told entirely through the medium of cut-out animation, the lo-fi technique most famously employed by South Park. Apart from South Park: Bigger, Longer, and Uncut (which sort of traumatized me as a 10 year old too-young-to-watch child), I’d never seen a feature story told using this animation technique, much less a 90s-set horror/comedy.

Pleasingly, Attack of the Demons is an incredibly enjoyable romp that has a fun retro spooky adventure vibe that reminded me of something like Monster House (2006). What’s most surprising about the film is that it manages to evoke a lovingly 3D depiction of geek culture through its recognisably outsider protagonists, despite the 2D animation, and is also brimming with offbeat humour.

Of course, what most sets Attack of the Demons apart from a standard issue demon-possession storyline is the unique animation style, and director Eric Powers doesn’t disappoint in this area.

Lovingly designed, the film is chock-full of adorable little background details that provoke utter delight. It also uses some awesome transition shots and animation flourishes that seriously impress, such as when the condensation on a fridge door evaporates to reveal what’s behind.

The unquestionable highlight in my opinion are the endlessly creative creature designs, both cute and disgusting, that probably wouldn’t work in any other format and make the absolute most of the animation style.

Yes! While the story does get a bit repetitive and the novelty factor wears off slightly towards the end, the charming and imaginative animation is more than enough to carry Attack of the Demons all the way through its brief running time.

When checking out the comments below the video before watching Lo on YouTube, I noticed a lot of people reminiscing about first seeing it on Netflix back in the day when the streaming giant was far more likely to acquire up indie oddities that otherwise would not get much exposure outside of the film festival circuit.

Indeed, Lo‘s low-budget aesthetic and heavily reliance on complex creature work reminded me of Spike (2008) a so-so and now forgotten monster flick I caught back at the Edinburgh Film Festival years ago.

Lo, however, turns out to be a much more accomplished beast than that earlier film. It wastes no time in jumping right into its story and proves to be a tightly structured narrative that makes every line of dialogue and carefully constructed frame count. That doesn’t mean that it doesn’t have time for odd flourishes – this bizarre hybrid of a film certainly has plenty of room for that.

The entire story is told inside one sparse studio space, but largely manages to avoid an overly theatrical feeling through its use of creatively weird tangents like a demonic musical number and an impromptu dance routine from a cocktail waiter.

As you can probably gather from that description, Lo is often very funny. Dealing as it does with a man bargaining with demons to get his girlfriend out of hell, it can often be quite disturbing, such as in a scene where 2 denizens of the pit relate their daily torture routine in gruesome detail. Even then, though, the scenario soon gives way to humour as the poor souls begin to bicker over the exact knitty-gritty of their predicament.

While the actors playing the human characters are sometimes distractingly wooden, the same cant be said for Jeramiah Birkett as the titular demon with a hilariously acerbic sense of humour and disarming knowledge of the modern world, The actor projects both an intimidating physicality and vocal performance, helped by some impressively detailed make-up design that manages to be both disturbing and agreeably cheesy.

The make-up work and production design is impressive in general, as other strange demons show up and Lo shows the protagonist creatively interpreted scenes from his past. These flourishes are more than enough to overpower some of the film’s flaws and carry it through to its surprisingly touching conclusion.

Yes. While definitely not for everyone, Lo is an insanely wacky horror/comedy that impressively juggles dark humour and disturbing imagery, and stands out for its creativity and unique design elements.

Written and directed by Travis Betz

Stay tuned for a look at some of the best trailers for underrated films, coming soon! 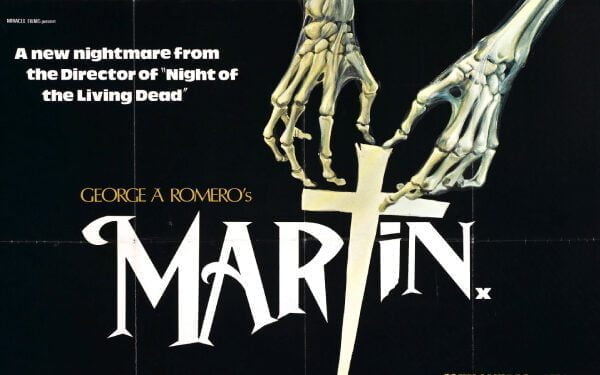