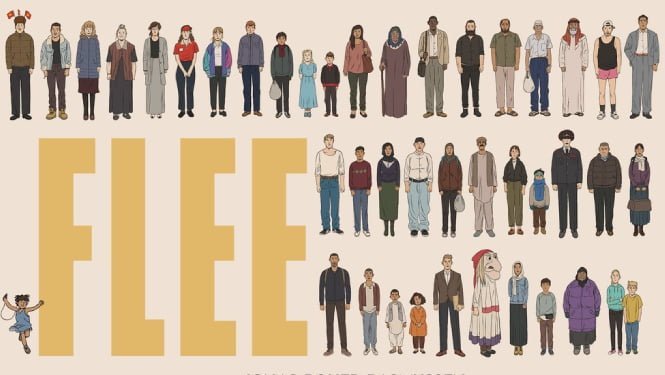 Flee IMDB Description: “FLEE tells the extraordinary true story of a man, Amin, on the verge of marriage which compels him to reveal his hidden past for the first time.”

Why I took it off the list: I first heard about this unconventional animated film when I saw that it had been nominated for various Oscars this year, including Best Documentary Feature and Best International Feature Film. When I saw the trailer and realized it was rendered in beautiful hand-drawn animation, I was sold, as I try to champion this traditional style that is slowly dying out as much as I can.

After seeing the film, I felt even more compelled to write about it, given that it turns out to be a sensitive and affecting queer narrative (something that is still pretty rare).

Also, the fact that it tells a harrowing yet incredibly empathetic story about the experiences of refugees makes it feels incredibly timely, given the regrettable situation much of the Ukrainian population find themselves in following Russia’s senseless and barbaric invasion of their country.

A hybrid documentary/animated film from Denmark, Flee may not be novel in its format (Waltz With Bashir employed a similar approach and was similarly nominated for an Best Foreign Feature Oscar back in 2008) but it does use its animation to tell a somewhat groundbreaking story.

It could be argued that Flee would be an unremarkable documentary , albeit one about an under-explored and often ignored experience, without its animation (that looks rotoscoped but is actually hand-drawn from scratch using filmed interviews as a reference for the present-day scenes). Indeed, the animated flourishes allow for an added layer of immersion as main subject Amin tells his story, bringing his backstory to life in vivid, beautifully realized flashbacks.

The use of animation allows the film-makers to illustrate the narration of his early life in Afghanistan and how exactly he ended up as an adult academic living in present-day Denmark in a way a straight forward documentary never could.

Although the animated style is simple, it nicely complements the child’s eye view of young Amin in the scenes set in the past. It also simultaneously gives the interview scenes an interesting visual sheen as well as making them feel more universal and relatable. The real triumph of this excellent film,though, isn’t the animation, as great as it is: it’s the raw power of its moving story.

While the animation certainly compliments the storytelling, the biggest strength of Flee is its narrative and the way it unfolds. The films power comes from the fact that it allows subject Amin to tell his story for the first time, a story he has had to keep hidden out of necessity for much of his life from even those closest to him.

The story he tells is an uncommonly deep-dive into the refugee experience, capturing the fear, despair, and horrific struggles facing a family forced out of their home and into an uncertain future. It sticks close to Amin’s POV as he witnesses the struggles of his family to get closer to a better life through a number of harrowing circumstances, never losing sight of the human plight of its protagonists.

Additionally, while not the main focus (as Amir and his family have plenty of other problems), the film is also a sensitive portrait of a gay man trying to come to terms with his sexuality, and the added uncertainty and fear that this hidden facet of his personality heaps onto his unfortunate situation.

The scene where he finally comes out to his conservative family is almost as full of tension as some of his dread-inducing encounters with human traffickers, but luckily the outcome helps to restore some of his faith in humanity. It may well do the same for you, too.

Yes, intermediately and without hesitation. A powerful, timely story told with deep empathy and beautiful animation, Flee is an excellent film in every way that everyone should see. 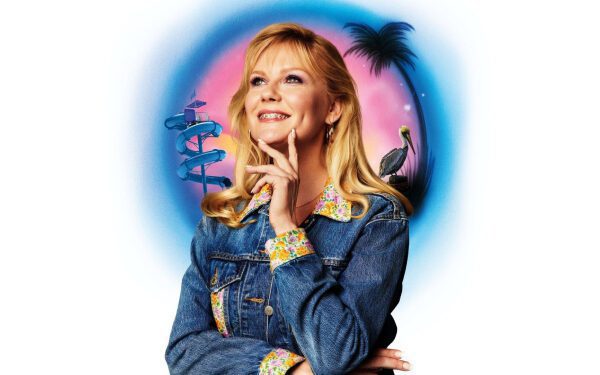 On Becoming A God In Central Florida (2019) Series Review 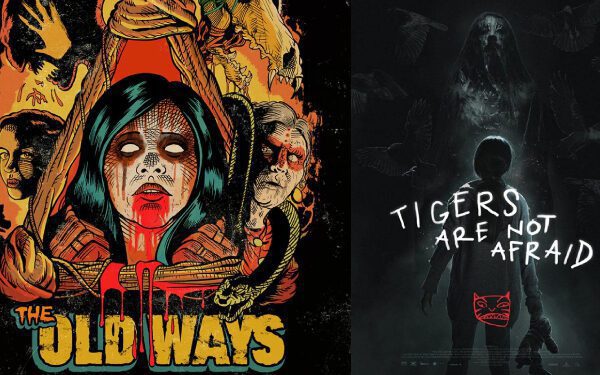