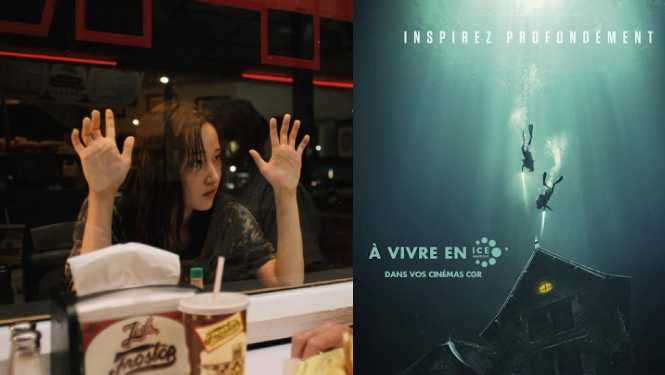 Why I took them off the list: Mid-October is here and if you are a fan of horror and fantasy cinema and anywhere in the vicinity of Barcelona, then the place to be is the Sitges Film Festival.

Although I always try to make it across to at least a couple of screenings every year, I’m lucky enough to have been able to see quite a few movies this year, so prepare yourself for quite a few double feature reviews from this edition of the festival.

First up, two quite unique spins on two very different genres: the haunted house story and the superhero narrative, respectively.

The Deep House Wikipedia description: “A young and modern couple who goes to France to explore an underwater house and shares their findings on social media. They eventually undergo a serious change of plans when they enter the interior of a strange house located at the bottom of a lake. Their presence awakens a dark spirit that haunts the place.”

Mona Lisa and the Blood Moon IMDB description: “A girl with unusual powers escapes from a mental asylum and tries to make it on her own in New Orleans.”

Review of The Deep House

I can’t say I’ve ever seen a haunted house story where the cursed abode was completely submerged underwater and the only way for the protagonists to explore it is to don professional diving equipment and head into the depths of a murky lake. There is little doubt that The Deep House is working with a unique, exciting premise.

It also sounds like an idea that would be a logistical nightmare to film, and there would seem to be a range of other obstacles in the way of turning this gem of a premise into a coherent and satisfying screen narrative. Luckily, new wave French horror directors Julien Maury and Alexandre Bustillo have largely managed to pull it off in both a technical and story sense, although they fall down a little bit in the latter category.

The production design and cinematography of The Deep House, once the two central characters get into the lake, are beyond impressive and incredibly atmospheric. Maury and Bastillo manage to orchestrate a range of arresting underwater set pieces and imagery.

The film is also largely well-edited and the directors smartly and creatively switch between traditional cinematography and footage captured by the characters’ GoPros and drones to keep things visually interesting.

At times they go a little overboard with the found-footage angle in a couple of disorientating and confusing sequences that stray into Blair Witch territory, but in general the approach works well.

One downside of The Deep House is that, story-wise, it falls victim to the same problems that plagued one of the directors’ previous films, Livid (2011). Both features have an incredibly atmospheric and engaging set-up, and tick along nicely during their first and second acts.

However, both fall apart a little in the final stretch due to clumsy exposition dumps that try to explain the strange phenomenon but come across as confusing and half-baked. And while the final sequence is exciting and cathartic to a degree, the couple of final shots end up feeling more disappointing than satisfying.

Yes. The majority of The Deep House is a fun, impressively produced thrill ride. You’re left with the final impression that if Maury and Bastille figure out how to stick the landing, they will be a truly unstoppable force in horror film-making.

Review of Mona Lisa and the Blood Moon

As I’m a huge fan of her debut, A Girl Walks Home Alone at Night (2014), the new feature from Iranian-American director Ana Lily Amirpour was pretty high on my list of things to see at Sitges this year.

Like her first feature, Mona Lisa and the Blood Moon is an offbeat, incredibly stylish approach to an overdone genre which takes place in a unique and atmospheric urban location, in this case downtown New Orleans.

It actually begins in the steaming bayous outside of the city, where Amirpour pulls us across the swampy vistas using a seriies of disorienting dolly zoom shots, which expertly sets up the off-kilter vibe she unfurls across the rest of the film.

We then switch to an off-putting juvenile mental institution where the almost comatose central character suddenly springs to life. She then enacts brutal revenge on the cruel nurse (played by ace character actress Lauren Bowles of True Blood fame) attempting to give her a pedicure, and promptly escapes into the night.

Propelled by a throbbing soundtrack with contributions by Italian techno DJ Bottin and hyperkinetic camerawork and editing, the film is a sort-of superhero saga like you´ve never seen before.

Unlike the privileged mutants of X-Men who get scooped up quickly by the Professor and installed in his plush mansion, telenetically gifted Mona Lisa is left to wander the mean streets of The Big Easy by herself. She then has to navigate her way through a succession of drug dealers, strippers, and policemen who want to either help, exploit, or capture her.

With its street-level look at humanity and punky vibe, the film comes across as more of a mix of an Almodóvar film with some of Sean –Tangerine– Baker’s work than a sci-fi thriller, which I mean only as a compliment. If Fox had thought of Amirpour for their genre-bending X-Men spin-off The New Mutants (2020), we might have ended up with more of a robust and interesting final product than we actually got.

The title character of Mona Lisa and the Blood Moon is played by Jeon Jong-seo, a South Korean actress who gave a memorably ethereal and enigmatic turn in Burning, which I included on my list of underrated films 2000-2000.

She proves to be a somewhat less compelling screen presence in this effort, but this is likely due to the fact that Mona Lisa Lee is a bit of a blank-slate character, a child-like observer of the colorful surroundings she finds herself in.

It’s just as well that the supporting players who she meets along her journey are far more memorable and really make the movie come to life. It was a bit of a stroke of genius to cast the normally over-the-top Craig Robinson as the morose cop on Mona’s trail, and he does an excellent job in a role far removed from his usual comedic schtick.

Likewise, Ed Skrein, known for tough-guy roles in the like of Deadpool (2016) and The Transporter Refuelled (2015) , is delightful as an intimidating-looking pusher who turns out to have a heart of gold. The best surprise, though, is Kate Hudson as the crafty stripper who takes Mona under her wing. The former rom-com queen continues to step out of her comfort zone with a character that is at once both tough, devious, tender, and heartbreaking.

Yes. While the offbeat approach to the concept might turn some off, this is a vibrant and fresh take on a common sci-fi trope that is fun, visually appealing, and humanistic in its storytelling.

Stay tuned for my next double feature review from Sitges 2021, coming soon! 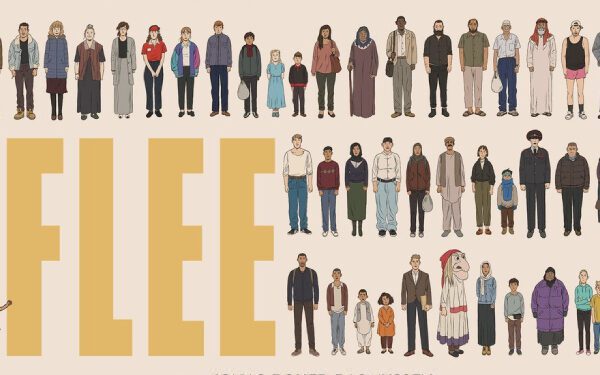