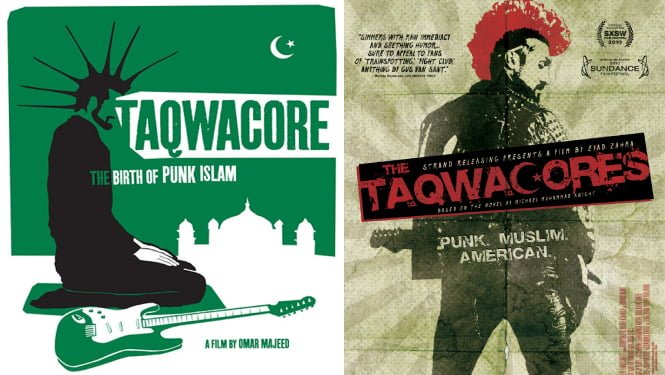 Taqwacore: The Birth of Punk Islam IMDB description: “The word Taqwacore is a combination of hardcore, a genre of punk music, and taqwa, an Arabic word that translates as “piety” or “god-fearing.” The first to use the term was writer, journalist, and Muslim convert Michael Muhammad Knight. His novel The Taqwacores, about a group of young Islamic punk rockers, received a storm of recognition among young American Muslims and prompted the formation of various Muslim punk bands”

The Taqwacores IMDB description: “A powerful, original, and hilariously irreverent story of punk Islam in the USA and the discovery of oneself within the confines of religion.”

Why Took them Off the list: I first became aware of The Taqwacores (2010) after being impressed by Dominic Rain’s performance as the sleazy pimp in A Girl Walks Home Alone at Night (2014) and checking out his IMDB credits to see what else he had done. The idea of a story about a US Islamic punk band sounded appealing so I added it to my list.

When looking for the film, I then realized that there was another film Taqwacore (2009), which chronicled the rise of the real-life Punk Islam scene in the USA. A movement that incredibly only started to form after the groups involved took inspiration from the novel The Taqwacores, on which the later film is based.

Intrigued by this case of life imitating art only for art to imitate life all over again, I decided to check both films out as a double feature!

This documentary starts in a dingy, cramped underground venue where you can practically feel the sweat dripping off the walls. The mohawked lead singer of band The Kominas then takes the stage, shouts “This song’s called Sharia law in the USA!”, and launches into an energetic punk anthem.

This sets the scene for the rest of the film, an exploration of the US Punk Islam scene that manifested from fiction to fact, birthed out of a fantasy world of punk Muslims by author Michael Muhammad Knight in his 2003 novel The Taqwacores.

The film puts a heavy focus on Muhammad Knight as he seeks to bring the disparate groups together for a lo-fi US tour on a rickety old bus. This leads to a charming road-trip narrative in the first part of the film, and hilarious lines such as “We don’t want the bus to explode before we want it to explode…that’s key”.

Although other groups join in on the tour such as the all-female Secret Trial Five, the other focus is largely on The Kominas and their struggle to define themselves within the label of ‘Taqwacore’.

Indeed, some elements of their story, such as the misrepresentation of the band’s religious views in the media, and their song ‘No one’s gonna honor kill my baby (but me)’ seem to have later influenced the genius comedy series We Are Lady Parts (2021-).

Energetic and Charming if a Bit Meandering

The best part of the film is undoubtedly when the impromptu tour turns up at the North American Islamic Convention to play at an open mic event. There is a real tension in wondering how these bands, whose song titles include Muhammad was a punk rocker, Middle Eastern zombies are the worst kind, and I wanna fuck you during Ramadan, are going to go down with a largely conservative crowd.

Predictably, they eventually get shut down, supposedly for letting a female singer on stage. But before they do you can see the pure joy in the faces of the younger audience members as they come around to the acts and begin to shout along to a chorus of ‘Stop the hate!’.

The rest of the tour is almost equally as entertaining and full of hilarious details such as the fact that the bus (also predictably) keeps getting stopped by the cops. Also, the tour bus has an American flag for a doormat so that any doubters who think they are simply rebelling against conservative Islam know that “in the so-called war of civilization, we’re pointing the finger in both directions”.

The film loses focus a bit in the second half, which follows the author and The Kominas as they head to Pakistan to mount a show only to come up against entrenched ideas about the kinds of music different classes are able to enjoy.

The focus on Muhammad Knight here is also a bit problematic, as it kind of leans into an uncomfortable white savior narrative. Saying that, though, he is a pretty fascinating figure, an all-American white guy who claims he converted to Islam to partly redeem himself from having a white supremacist father. And the other personalities in the film do get plenty of moments to shine.

Also, Riz Ahmed (swoon) shows up at one point to do a bit of a cockney rap at one of the shows, so extra bonus points from me.

Yes, Taqwaacore is a vibrant, energetic documentary that thumps with punk spirit and provides a fascinating insight into a complex music subculture. You can check out the full film on Youtube!

An adaptation of the novel that inspired the real-life Punk Islam tour depicted in the documentary, The Taqwacores also opens with a rendition of the Kominas’ Sharia law in the USA.

It’s pretty wild that the film adaptation of the novel features songs by the bands inspired to form by the book in the first place. The film as it is couldn’t have been produced when the novel was first published, as the soundtrack is full of ‘Taqwacore’ tracks and the characters now reference the real-life bands in the movement.

The story follows a buttoned-up young Muslim, Yusef, who moves into a crumbling house full of aspiring punks struggling to reconcile their faith with their music. Much of the drama in the film comes from the conflict between the more conservative practicing Muslims and the more free-spirited musicians as they seek to mount a ‘Taqwacore’ mega gig bringing the disparate groups together.

The film is obviously low-budget, but the lo-fi trappings fit in well with the punky vibe and the scuzzy aesthetic is well-executed, bringing to mind much of Jonas Åkerlund’s work, particularly Spun (2002). The film also has some cool stylistic flourishes, use as the use of black-and-white interludes that show the character’s reacting (or not) to sensationalized news stories about Islam on the TV.

At its best, the film captures the irreverent, rebellious spirit of other films about underground music movements, such as Almodovar’s first film Pepi, Luci, Bom (1980). But it’s majorly let down by a downer of an ending that doesn’t really provide for a satisfying conclusion or a clear message.

By design, main character Yusuf is a bit of a stick-in-the-mud, his repressed demeanor mainly serving as a counterpoint for the other, wilder characters to rebel against. He also has a rather predictable character arc that drags the film down a bit and makes it feel far less kinetic and button-pushing than it had the potential to be.

The real star of the film is Dominic Rains, who admittedly has a much flashier role to play with as ‘West Coast Punk’ Jehangir. The actor brings a great, real presence to his larger-than-life character, who is at once explosive and unpredictable, tender and gentle.

Rains as Jehangir is full of manic energy and charisma and prone to pulling off gleefully impish pranks, such as leaving a punk manifesto behind when visiting a mosque. He’s also pretty hilarious, especially in a standout scene where the group imagines themselves showing up on random doorsteps to answer personal ads posted by conservative Muslim parents looking for suitable spouses for their kids.

Yes, despite the fact The Taqwacores has a predictable narrative and an abrupt, disappointing ending, the film is frequently hilarious and benefits from two great performances from Rains and Dewulf. 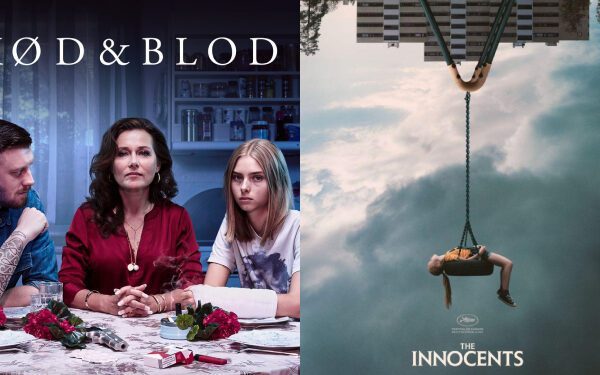