Her Smell (2018) IMDB description: “A self-destructive punk rocker struggles with sobriety while trying to recapture the creative inspiration that led her band to success.”

Golden Exits (2017) IMDB description: “An intersectional narrative of two families in Brooklyn and the unraveling of unspoken unhappiness that occurs when a young foreign girl spending time abroad upsets the balance on both sides.”

Why I took them off the list: After seeing Elisabeth Moss play a punky barmaid as one of many alternate personalities in her recent series Shining Girls (2020), I remembered that there was an intriguing film I’d had on my list for a while in which the actress plays an unhinged punk rocker. So I decided to finally check out Her Smell (2018).

While I was at it, I decided to make it a double feature and cross another film from the same director, Alex Ross Perry, off my list too.

Though I’d seen one of his earlier films, Queen of Earth (2015), also starring Moss, and wasn’t too keen on it, the impressive ensemble cast of Golden Exits (2017) made it an irresistible prospect. So, let’s dig in!

In Her Smell, Elisabeth Moss plays a drug-addled and deeply troubled girl punk frontwoman whose erratic behavior alienates everyone close to her while seemingly adding to her notoriety and fame. She’s living in her own little world and barely functioning, swinging wildly from manic euphoria to sudden paranoid accusations to violent outbursts.

Moss is playing Becky Something of the fictional band Something She, but it’s clear the character is closely modeled on Courtney Love in her 90’s Hole heyday. And to its credit, the film feels like an authentic portrayal of the backstage drama and desperate attempts to keep the whole enterprise afloat one would imagine went on for real.

Almost completely by virtue of its protagonist and setting, Her Smell feels way more dynamic than Ross Perry’s more introspective and static earlier efforts. The film is smartly structured into disparate segments depicting Becky’s slow implosion, inevitable fall, and gradual rise out of the ashes.

And even though the film is way too long and many of the scenes overstay their welcome, overall it feels like a satisfying narrative and makes for a pretty moving redemption story.

Agyness Deyn Stands Out in a Busy Supporting Cast

Like in Golden Exits, Ross Perry has assembled an impressive ensemble to fill out the many, many figures on the periphery of Becky’s world. In fact maybe too many, as it’s often hard to keep track of and differentiate all of the musicians, band managers, and concerned family members trapped in her orbit.

Much of the supporting cast, including Cara Delevigne, Amber Heard, Jessica Jones‘ Eka Darville, and vets Virginia Madsen and Eric Stoltz don’t get much to do but react to Becky’s increasingly erratic behavior and barely register. Though Darville is admittedly amusing in his limited screen time as Becky’s personal shaman who advises her on auras and cleansing before shows.

As good as many of the supporting actors are, this is definitely Moss’ show, and she once again proves what an exceptional actress she is. As Becky, she effortlessly switches her mood on a dime and you’re never sure what you’re going to get from moment to moment: a loving friend or mother, or a spiteful abuser.

She ultimately manages to create a complete portrait of a messy, complicated woman who you’ll alternately despise, fear, admire, pity, and gradually come to root for over the course of the film.

Yes, though Her Smell drags out its story a little too much, it’s a vibrant and authentic-feeling depiction of a self-destructive punk rocker, warts and all.

And if nothing else, it’s definitely worth watching simply for Moss, who gives one of her best performances, which is saying something given her impressive career to date.

“People never really make films about ordinary people who don’t really do anything”, laments Naomi (Emily Browing) early on in Golden Exits. This seems to be Alex Ross Perry’s intention with his third feature film. While he offers up more drama than that dialogue would suggest, he certainly delves into a far more mundane world than that depicted in Her Smell.

The film weaves a tapestry of various interconnected characters in Brooklyn over one summer, with a focus on 2 younger female employees romantically involved with thier older bosses, and 2 pairs of sisters.

Most of them are hopelessly stuck in mundanity and become drawn to the freshness of Browing’s young Australian ex-pat, only to quickly become bored, confused, or frustrated with her presence.

In this way, the film provides some interesting insights into how quickly novelty can wear off and malfeasance can creep back into unhappy lives. Pretty much every conversation shows up the duplicity and lies the characters serve up to manage their lives and justify their behavior, to surprising effect.

The film is full of awkward comedic moments that make for a good simultaneous cringe and chuckle. But it’s almost equally as full of static, melancholic monologues that feel more like academic discourses than things that the characters would actually say.

Some of these land, but others are far too drawn out and indulgent, and leave you tired of these sad people moaning about their first-world problems.

Complaints aside, Golden Exits certainly demonstrates Ross Perry’s skills as a great actor’s director. The film is another example of his expertise in close-ups that show the give-away expressions of the characters, and many of the actors give great performances under his direction.

American Horror Story‘s Lily Rabe is engaging as always but unfortunately gets saddled with a one-note character and some of the most long-winded and pretentious dialogue. Cloë Sevigny fares better as a weary and emotionally wounded wife full of simmering resentment.

Among many other ace performances from Jason Schwartzman, Adam Horowitz, and Lio Tipton, Mary-Louise Parker is a standout as a bitter divorcée. She’s both icy and manically unpredictable, especially in a single scene with Browning where her sunny demeanor and cool aunt act belie her real agenda.

It depends, Golden Exits is not pulse-quickening entertainment by any means. But if you’re willing to stick with its slow pace and ponderous monologues, you’ll be rewarded with some great acting from a truly fantastic cast. 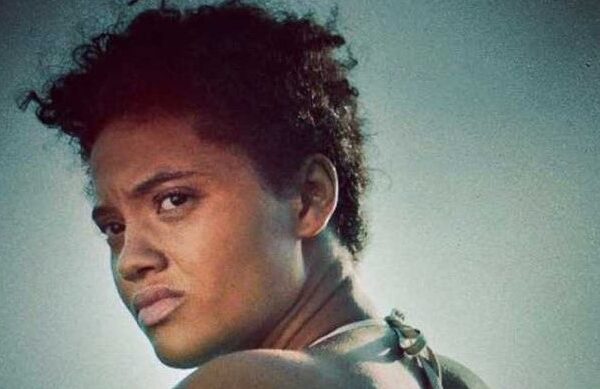