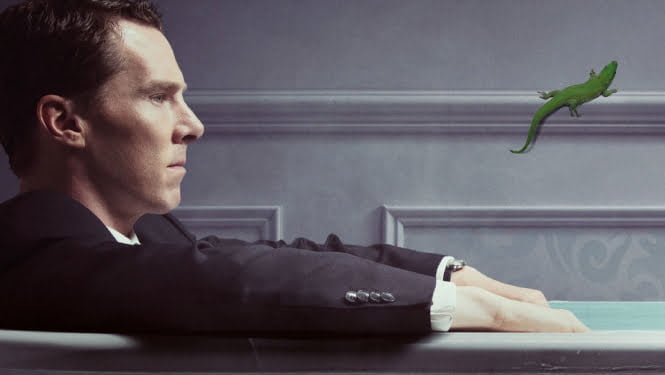 Patrick Melrose IMDB description: “This series depicts how the son of an aristocratic family seeks redemption and recovery.”

Why I took it off the list: After checking his The Power of The Dog co-star Kirsten Dunst’s series On Becoming A God In Central Florida (2019) off my list, I remembered there was a Benedict Cumberbatch project I’d been meaning to watch for a while, Patrick Melrose.

I’d read great reviews for this 5-part miniseries when it came out, and was further enticed by the presence of Jennifer Jason Leigh, who I’ve long been a fan of, and Hugo Weaving as the central character’s parents. However, I also remember I kept putting it off because of the heavy-sounding subject matter, dealing as it does with addiction, trauma, and recovery.

But after making it though another recent project with similar themes, Cicada (2020), and finding that a somewhat positive and almost cathartic experience, I felt like I was ready to give Patrick Melrose a go. Also, it appeared to be much more of a dark comedy than that other effort, so I figured it wouldn’t be too much of a challenge to get through.

The first episode of Patrick Melrose sets a tone that is a little bit misleading for the installments that follow. It begins as more as a wacky comedy than anything else, presenting the titular character as a pill-popping, endlessly sarcastic rogue as he embarks on a wild quest to collect his recently deceased father’s ashes in 1982 New York.

As he struggles to keep sober during awkward meetups with family friends and trashes hotel rooms along the way, it comes across as a satire of the excesses of 80’s culture that reminded me of the scenes featuring the elite parents in The Rules of Attraction (2002).

The struggle between Patrick’s inner monologue and his reality are entertaining, and his futile attempts to keep up appearances are certainly amusing, but there is also the sense that his world is not as comedic as he would like to think it is from the beginning. For starters, when Patrick receives the phone-call informing him of his dad’s death, his blase response seems comical, until the camera pans down to a syringe on the floor and you realize that he is off his head on heroin,.

Even though Patrick is a clearly a serious addict struggling with dark issues, the first episode leans into the absurd comedy of his antics, and it can feel a little uncomfortable at times. However, as the series goes on, jumps ahead into the 90’s and 2000’s, and begins to dig into the trauma that has left him in such a state, it becomes clear that the tone of the first installment reflects his own denial about his past.

The episodes that follow dig into the ups and downs of his life over the next couple of decades, with each installment checking in on him at a key moment as he attempts to unravel his trauma and enter recovery, only to repeatedly fail and then get back on the wagon. Although some dark humor remains, the series completely transforms and ends up in a much more somber and serious place than where it began.

Excellent Casting, Down to Even the Most Minor Roles

Although some of the production design of Patrick Melrose leaves something to be desired (aside from the portion set at the Melrose family home in France, it was mostly shot in and around Glasgow, which makes for an unconvincing backdrop for some of the US-set scenes), it absolutely nails the casting.

Both Jason Leigh and Weaving leave unforgettable impressions as Patrick’s parents. The former is gifted a role that plays well to her strengths as an actress, continuing her impressive renaissance after The Hateful Eight (2015) and Annihilation (2018), and crafts a startlingly child-like, naive figure in the earlier episodes and a bewildered, regret-filled old woman in the the later ones.

Weaving is pretty terrifying as Patrick’s bitter, monstrous father, and puts his formidable voice and stern facial expressions to good use as the clear villain of the piece. But as reprehensible as his attitudes and actions are, the actor also manages to convey the deep damage in this hopelessly broken man caught in a toxic generational loop and elicit some sliver of pity by the series end.

Every single one of the supporting roles are also impeccably cast, from Indira Varma as his mother’s confidante Anne to Holliday Grainger as a young social climber who later gets a brutal wake-up call (although her significant subplot feels a bit random in a narrative almost exclusively focused on Patrick). Harriet Walter is also a hoot in a single episode cameo as Princess Margaret.

Like the Dan Stevens-starring BBC mini series The Line of Beauty (2006), Patrick Melrose functions as somewhat of a dig beneath the surface of the glossy surface of British aristocracy to reveal the moral decay and harmful behaviors that lie beneath. As it takes place in a a world of entitled, obscenely wealthy people who seem to have it all, it is sometimes hard to conjure up empathy for the characters, including Patrick himself, especially in the first episode.

Its a testament to the series, then, that as it goes on and reveals the horrifying reasons Patrick is having so many struggles in his life, that Cumberbatch manages to generate a lot of sympathy for the man, and provides a vivid and affecting portrait of how the trauma of child abuse can affect anyone, no matter their class status.

No matter how obnoxious the character can be, Cumberbatch is always incredibly engaging, whether he’s desperately trying to avoid the truth of his past through cutting humor or falling into despair when he realizes he’s in danger of becoming his own father.

He really manages to get you to root for Patrick to overcome his problems, feel bad when he slips back into old patterns, and rejoice when he finally does seem to find some peace and closure (in an excellent final scene that may or may not be real but holds real emotional truth for the character, reminiscent of the great denouement of I May Destroy You (2020)).

Yes. Although it suffers from some tonal whiplash between episodes and is hard to get through at times due to some harrowing scenes of implied child abuse, Patrick Melrose is a gripping and ultimately rewarding watch filled with entertaining and moving performances, particularly from Benedict Cumberbatch as the titular character.

Written by David Nicholls, Edward St. Aubyn (based on the novels by) 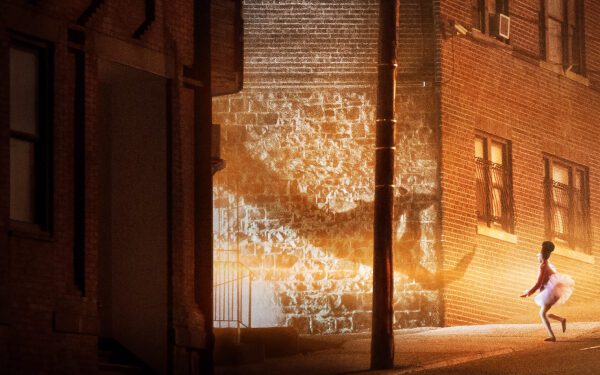 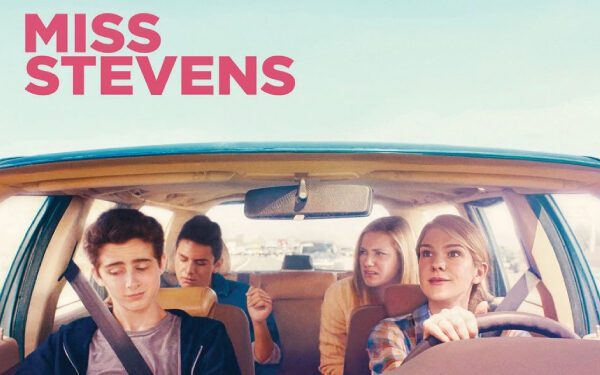