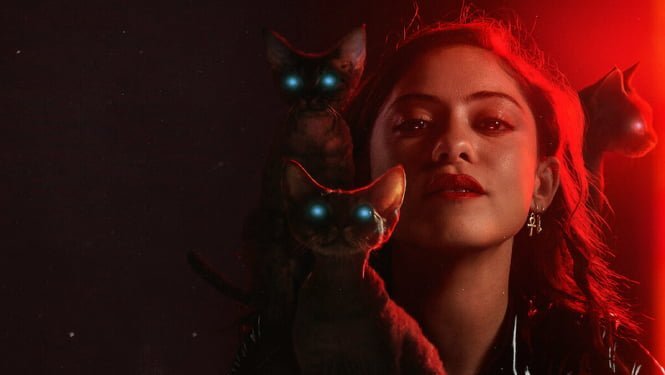 Brand New Cherry Flavor IMDB description: Lisa Nova, an aspiring film director in the sun-drenched but seamy world of 1990 Los Angeles, embarks on a mind-altering journey of supernatural revenge that gets nightmarishly out of control.

Why I took it off the list: I binged this new Netflix limited series pretty much in one go when It was released in mid-August (on Friday the 13th, no less!), but was a bit dismayed to see it hasn’t really got much attention or wider public awareness in the month since.

This is kind of understandable, as Brand New Cherry Flavor is a strange, genre-mashing beast that is not easy to categorize, and whose unapologetic weirdness is likely to put off many casual viewers shortly into its run time. Nevertheless, I totally loved this unique and creative show, and so became determined to do my part to champion it as much as I could!

High. I was excited to see what co-creator Nick Antosca would do next after the imaginative horror anthology Channel Zero (2016-2018), which I included on my second list of underrated TV shows 2000-2020.

While some seasons of that series were stronger than others, particularly Butcher’s Block, all of them showed an impressive grasp over bizarre and atmospheric horror stories that offered strong characters, bizarre twists, and startling imagery.

So I was hoping that Brand New Cherry Flavor would unfold in a similar manner and even take Antosca’s mastery over the genre to the next level.

Brand New Cherry Flavor opens on a desolate, eerie desert highway at night as a stray cat rolls around playfully in the dirt and punky aspiring filmmaker Lisa Nova zooms through the dark in a convertible on her way to the City of Dreams, lured by the promise of turning her avant-garde student horror film into a bona fide Hollywood blockbuster. This scene-setting opening could not feel more David Lynch, evoking strong vibes of the directors 90s pulp thrillers Wild at Heart and Lost Highway, as well as his 2001 classic Mulholland Drive.

This sets a high bar for the rest of the series to live up to, and luckily, it does not disappoint. It ultimately ends up feeling like a whole mash-up of influences, most prominently Lynch and David Cronenberg, but somehow manages to combine its appealing blend of elements into something unique.

Based on a somehow even more insane-sounding novel, Brand New Cherry Flavor immerses you in a seedy 90s Los Angeles where not only are elaborate curses, ancient witches, and immortal jaguar spirits a possibility, but found right around the corner and pretty casually accepted as a reality by the main characters.

The series is positively stuffed with bizarre and arresting surreal imagery, from an apartment gradually completely taken over by jungle-like vines, to the corpse of a coyote consumed by a pack of stray cats, to the gruesome price that Lisa must pay to enact revenge on the sleazy producer who wronged her. Hint: if you are fond of kittens and disgusted by things coming out of orifices they shouldn’t, then you are in for a particularly rough ride.

Despite the crazy plot elements though, the series never feels too far removed from human experience, largely thanks to the central performance of Roza Salazar, who once again totally steals an entire show away from other excellent components after the incredible Undone (2019). She completely sells Lisa as a somewhat naïve but determined badass who will do whatever it takes to realize her goals and get out of the disturbing supernatural nightmare she finds herself in.

Aside from Salazar, the biggest ace the show has up its sleeve is the always reliable Catherine Keener as the mysterious, drolly sarcastic witch Boro, whose casual approach to blood magic and ritual murder is jarringly hilarious throughout. Keener expertly builds upon the coolly sinister performance she gave as the Armitage matriarch in Get Out (2019) to create a killer villain for the ages with some surprising secrets.

Add in some appealingly humorous side turns from The Good Place‘s Manny Jacinto and rising Australian actress Hannah Levin, and great dramatic support from Jeff Ward and Eric Lange, and you have a richly textured and well-rounded cast of intriguing characters.

The technical aspects of the production are also excellent and contribute to the unique vibe, particularly the grimy, lived-in production design and neon-hued cinematography. Plus, as a huge fan of 90s indie rock and punk, I have to give a shout-out to the fantastic soundtrack, including tracks by Pixies and Veruca Salt, that greatly add to the vibe and sense of time and place.

Yes! Although not everyone will get on board with Brand New Cherry Flavor‘s strange, unique groove, the people who will love this endlessly creative and stylish horror satire will really, really love it.

Stay tuned for my next review as I gear up to watch a bunch of spooky films in the lead-up to Halloween! 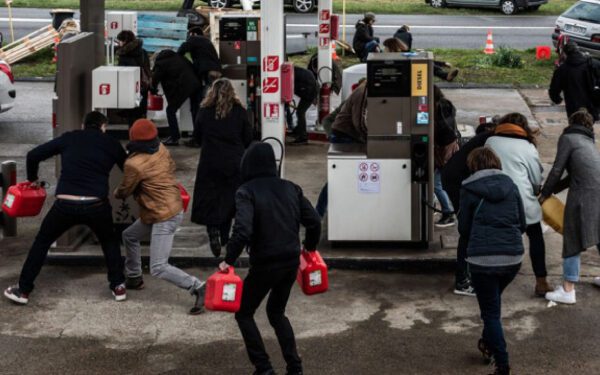 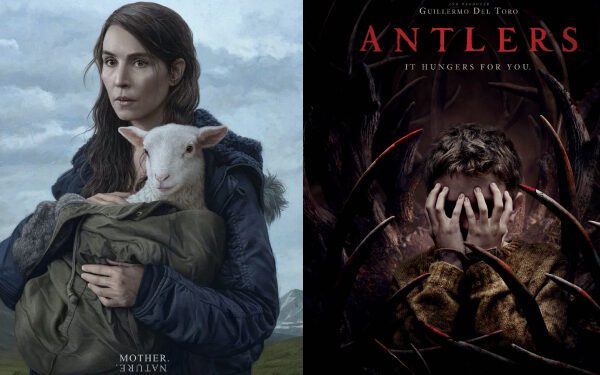