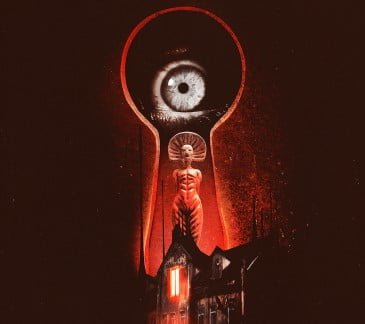 IMDB description: “An ex-soldier, living homeless in London, is offered a place to stay at a decaying house inhabited by a young woman and her dying mother.

As he starts to fall for her, he cannot ignore his suspicion that something sinister is going on.”

I’d just seen Alec Secareanu in God’s Own Country (2016), which I reviewed on Day 12, and when checked out his recent credits I was surprised to see he was the lead in this, which I’d put on my list when it was announced a couple of years ago.

As it’s October and I’m on my horror review mission on the run-up to Halloween, it seemed as good a time as to take it off my list.

I was mostly intrigued by Amulet as it’s the surprising writing/directing debut of British actress Romola Garai, probably best known for a slew of period-piece roles including playing the older version of Briony in Joe Wright’s Atonement (2007).

But I think her greatest performance to date was in the criminally underrated miniseries The Crimson Petal and the White (2011), an impressively modern-feeling adaptation of a Micheal Faber novel which depicted the underbelly of Victorian London with admirable amounts of grime and kinetic energy.

As Sugar, an alluring prostitute working like hell to try to get out of her grim situation, Garai was fantastically sly and full of grit while remaining sympathetic, and I always encourage everyone to check it out if they haven’t seen.

It’s not that surprising, then, that she’s turned away from the romantic period pieces back towards the grit for her debut behind the camera, but either way, I was clueless and intrigued about what a Garai-directed horror film would look like.

Spoilers? Nope! I won’t go into too much detail about plot developments!

One of the biggest surprises of Amulet is the impressively sustained mood of dread that permeates the runtime. The action is largely confined to one location: the dilapidated house in London where Secareanu’s Tomas finds himself an unexpected guest/lodger/amateur handyman.

The place, with commendable set decoration and lighting, positively drips menace, and a couple of locales within the abode, particularly the foreboding attic, come close to being nightmare spaces come to life.

Also impressive, once again after God’s Own Country, is Secareanu’s performance. Although once again portraying a strong, silent type marked by past traumas, here his traumas appear to be far more impactful than in the previous film, and the actor conveys his growing unease and paranoia with impressive conviction.

Carla Juri is also a welcome presence among the cast, although a far less impactful one and I thought her character could have been fleshed out a little more.

Imelda Staunton is a Big Asset

One problem I had with the film and should be apparent to anyone who’s ever seen an episode of The Twilight Zone is that I thought the narrative structure of Amulet made the eventual twist too obvious.

Without going into too much detail, we see flashbacks to Tomas’ past sprinkled throughout the film, and the fact that he has ended up in such a strange situation seems way too coincidental, which confirmed without much surprise as the film reveals its cards.

The fact that Amulet still manages to sell its premise is almost single-handily is down to the pitch-perfect gravitas Imelda Staunton brings to her role as the nun who finds Tomas his new lodgings, and whose magnetic performance manages to hold your attention amid the wilder developments towards the end of the film.

Although I may complain bout the narrative of Amulet being a bit of a letdown, I have to say that I was pretty impressed by some of the bizarre imagery, and surprising jump scares, that Garai weaves in the film.

The scene pictured above, as well as a surprise attic attack, and whatever the hell was going down in the climax, all demonstrate a solid grasp of horror conventions and pacing that I hope Garai puts to use again in the future.

Yes, fans of slow-burning psychological horror should apply. Although burdened with a structure that heavily hints at the ending, Amulet is an atmospheric modern-day gothic horror with a delicious performance from Staunton and some memorable imagery.

Written and Directed by Romola Garai

Check out my next review for another horror verdict in the run-up to Halloween! 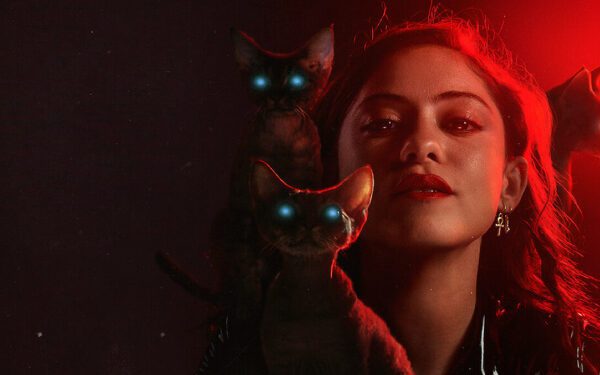