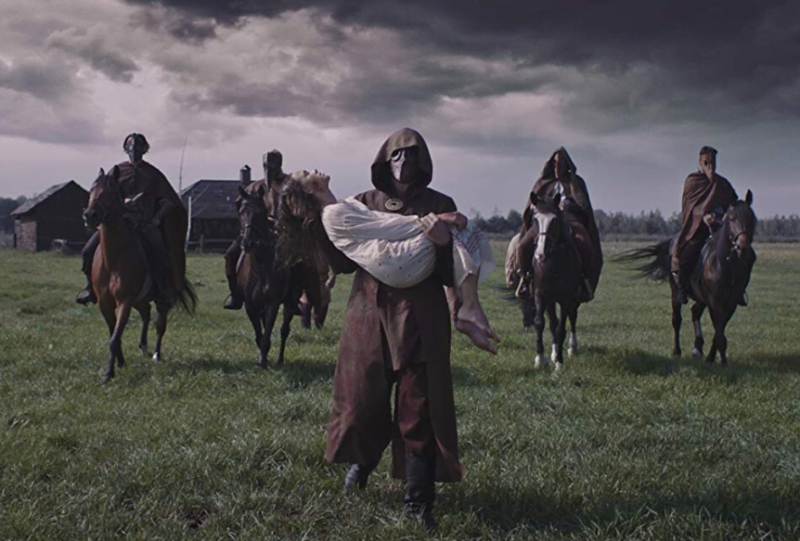 IMDB Description: “During an outbreak of a deadly plague, a mystical woman must save her tight-knit Jewish community from foreign invaders, but the entity she conjures to protect them is a far greater evil.”

Not many. I am an avid reader of reviews from festivals, but discovering movies in this way has its downsides. There are many films on my watchlist that I add after reading a promising review and then fail to get round to them until well after their theatrical release.

The Golem is one of the more recent on my list and I remember reading a couple of positive reviews when it premiered at festivals around October 2018.

I realized it had been added to Netflix and decided to give it a shot. I usually enjoy a good period horror film and hoped this might be one of them.

Review of The Golem

Hollywood has a notorious history of ‘whitewashing’ ethnic roles. The Golem doesn’t commit that particular sin, but it is full of another long-held bad habit found throughout movie history: language-washing, as it were.

Studios have long produced content where the original languages have been swapped out by English, heavily accented or otherwise, to appeal to a wider audience. Some projects manage to pull it off, while others for some reason are more hampered by it.

The casts of films like Munich (2005) and series like Chernobyl (2019) get away with accents or non-existent accents. Tom Cruise in Valkyrie (2008) and Robert Pattinson in Little Ashes (2008) were less lucky.

The Golem sort of falls into the latter camp for me. It’s an Israeli production, but for some reason, the characters talk in earnest American English despite being residents of a 16th-century Lithuanian village.

So, despite the meticulously recreated setting and effective cinematography, at times it was kind of impossible to take these people seriously as medieval farmers.

Though she eventually proves to be a strong protagonist by the close of the film, there are points early on at which actress Hani Fusternburg could easily be confused with some lost time traveler from present-day US.

Nevertheless, despite these quibbles, the acting, despite the somewhat stilted delivery at times, is definitely sincere, as other reviews have said. And there are many other excellent elements of The Golem to write home about.

The screenplay is well developed and finds a good balance between mounting tension and character-building scenes. The film is also thematically rich and admirable for portraying a strong woman taking initiative and finding a solution when others are unable to.

Furstenberg is put through almost every wringer imaginable by the material and proves to be game and convincing in the later parts of the movie, when smartly paced drama that never loses sight of the characters and their arcs begins to unfold.

The thing that most surprised and impressed me about this film is the creature itself. It definitely defied any expectations of a golem as a hulking mud monster with a blank visage from previous cinematic depictions of the creature.

This golem is a being with far more potential emotional connection to the characters, which in the end makes for an intriguing and for me, satisfying monster story.

The story, acting, and production design of The Golem are all solid, and there were times where I felt emotionally attached to the characters and their dilemma. But again, the fact that the 16th-Century Lithuanian villagers converse in stilted American English is a jarring choice that takes the film a couple of points down for me.

If you liked atmospheric period horror films like The Witch (2015), Herrimentari: The Blacksmith and the Devil (2017, also on Netflix), or even The Village (2004), then I think The Golem is worth checking out. Others might be put off by an at-times slow pace and the strange accent choice.

Check out my next review, in which I take a break from the horror genre for once! 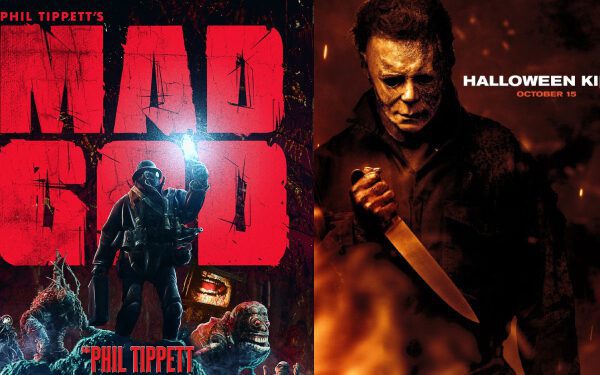