IMDB description: A post mortem photographer and a little girl confront ghosts in a haunted village after the First World War.

One of my favorite places in the world is the small seaside town of Sitges just south of Barcelona, specifically during the month of October.

Every year for the past 50, Sitges has played host to one of the best horror and fantasy film festivals in the world, drawing in high-profile genre films and equally as high-profile guests.

I always try to make it down at least once during the festival’s run to catch an exciting new horror flick and/or take in its unique events, including an annual zombie walk.

With the whole COVID situation, this year is a little different. Although there were many (socially distanced) screenings and events going down at Sitges this year, they also made much of their catalog available to watch online.

So, as the need to make the trek down the coast was removed, I really had no excuse not to check out a couple of the festival titles online and was eager to do so.

None whatsoever. I arranged to meet up with a friend and watch a couple of this year’s Sitges films online, but after a couple of shared viewing experiences I had suggested and he was not into at all (the twisted Netflix revenge fantasy The Perfection (2018) seemed to be the last straw) I was barred from choosing our picks for the night!

So I went into Post Mortem with absolutely no clue of what to expect apart from the vague synopsis that it was about a post-mortem photographer visiting a haunted village.

Spoilers? Nope! I won’t go into any specific plot points but will instead generally describe what to expect!

While I can’t say the same for the second film in our Sitges 2020 online double feature, horror-comedy Psycho Goreman (2020) – can’t believe it was made by one of the same talented directors as the impressively crafted retro horror The Void (2016) – I was pleasantly surprised by Post Mortem.

Although I caught absolute gems It Follows (2014) and The Babadook (2014) at the event before they both blew up on wide release, many of the festival’s selections often turn out to be pure ‘Sitges films‘ – i.e. gleefully slapped-together genre pieces designed to elicit maximum screams and jeers from die-hard fans – so it’s hard to know what you will get if going in blind.

Thankfully, Post Mortem turns out to be a competently-made period horror film with plenty of fun surprises up its sleeve.

Billed as ‘the first Hungarian horror film’, it starts out as a slow-burning mystery which feels like someone saw the ´Book of the Dead’ scene from The Others (2001), and decided to spin out a creepy scenario involving the antiquated practice of photographing the dead.

But, as Post Mortem shares much of the same keen eye for period detail and superstitious belief as that earlier film, as well as the suffocating sense of unease, that turns out to be only a good thing.

Right from the very first scene, Post Mortem makes it clear it’s playing with a surprisingly substantial budget – which it puts to use in both thrilling action and practical effects scenes and lavishly recreated post-war tableaus brimming with carefully curated period detail.

Many of the interior shots of the WWI-era peasant abodes could comfortably be framed and placed in a museum, and the early scenes of the macabre photographer going about his work in a remote village haunted by horrors both real and supernatural are impressively mounted.

Gets Surprisingly, but Enjoyably, Nuts

Whereas Post Mortem gave me serious The Others vibes during the first part of its runtime, things soon take a surprisingly wild turn and in the third act, the film ends up resembling something closer to Tim Burton’s Sleepy Hollow (1999), complete with macabre visual setpieces that take it into full-blown gothic horror.

While that might sound like tonal whiplash, the film manages to sell this turn with the subtly realized raising hysteria among the fearful villagers and the appealing, odd-couple detective pairing between its two central characters.

As the closing credits rolled, I couldn’t help but feeling like ike Post Mortem is inevitably going to break out in the same way as some of the Sitges festivals’ earlier cult hits. It has all the right ingredients.

It wouldn’t be surprising to hear that Netflix or another streaming platform has quickly snapped it up to serve up as a gift-wrapped, guaranteed hit for the Halloween season.

Yes, fans of period supernatural horror films like The Others and Sleepy Hollow will love Post Mortem‘s carefully constructed atmosphere, fun scares, and full-on pulp thrills in the last act.

Check out my next review for another horror flick verdict in the run-up to Halloween! 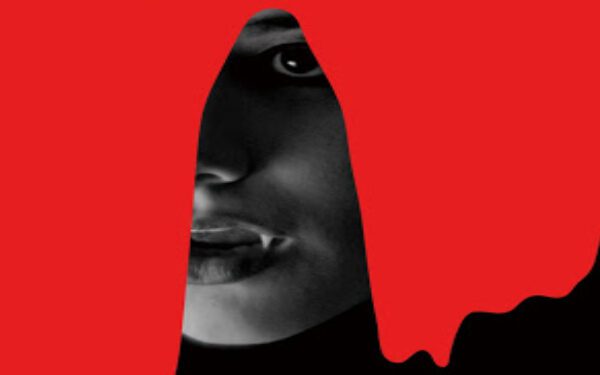