IMDB description: “A family saga with a supernatural twist, set in a German town, where the disappearance of two young children exposes the relationships among four families.”

Wikipedia description: ” Set in the fictional German town of Winden, Dark concerns the aftermath of a child’s disappearance, which exposes the secrets of and hidden connections among four estranged families as they slowly unravel a sinister time travel conspiracy which spans several generations. Throughout the series, Dark explores the existential implications of time and its effects upon human nature.”

While I have over 600+ films still on my IMDB watchlist, I also have about 40 series I’ve been meaning to get around to.

So I’m taking a break from films today to review a series that’s been on my list for a while, but I decided to watch now because of the deafening amount of buzz it’s been getting recently.

While there are 3 seasons of Dark and it’s been recommended to me loads since it premiered in December 2017, I finally committed to watching and devoured the entire thing in the last few weeks.

I only just realized I’d had director Baran bo Odar’s film The Silence (2010) on my watchlist for years and still haven’t got round to it, but other than that I didn’t know much about the creators of Dark or really even what it was actually about when it first came out.

I started watching the first episode with an old flatmate a couple of years ago but we didn’t get very far, as it seemed to be quite complex and not really suitable for casual viewing while chatting with a friend.

When I first started watching it back then, I thought it was going to be another fairly standard, but stylish, crime show about missing children and the effects on a community. But as seasons 2 and 3 came out, I started to see (incredibly spoilery!) headlines on news sites hinting there was way more to it than first meets the eye and it started to intrigue me more.

When the third (and final) season dropped on Netflix a few weeks ago, I decided it was finally time to jump on the bandwagon.

Spoilers? A few for the first series, so if you don’t want to know too much before watching, be cautious!

There’s a good reason I put both the IMDB and Wikipedia descriptions of Dark at the top of this page. The first barely even scratches the surface of the somewhat wacky places this brooding German series gets to during its run, and could only generously be called a proficient summary of the first episode or so.

That initial description is pretty much all I had read when I went into Dark for the first time a couple of years ago and didn’t get much further than the first episode. Mostly because of the nonstop questions from my flatmate! So I decided to put it off until I could concentrate.

Coming back to it a couple of years later, I had a little more of an inkling that Dark isn’t at all what it first seems, from titbits from friends and those pesky spoiler headlines mentioned above.

Dark does indeed start out as a standard-issue Scandanavian-style dark mystery about child disappearances with some strange elements, but it evolves into an impressively expansive story that tackles some fascinating and thorny themes.

I’m just gonna put it right out there: by the end of its first episode, it’s clear that Dark is going to go in some very strange directions indeed, and soon after it takes a very deep, no-turning-back-now dive into the world of time travel and some of its well, darker, implications.

You could say it’s Twin Peaks-esque, primarily in the way it weaves a huge number of well-defined small-town characters throughout its narrative and is full of small, ominous moments that build into the larger story.

To say things get convoluted story-wise is a bit of an understatement, and I wasn’t exactly surprised when I realized that the Wikipedia page for Dark is packed full of unusually detailed character and episode breakdowns.

Even more surprising is that there are diagrams of full family trees to help you keep track of who’s who, and even an insane-looking graph attempting to explain the logic of the constant trips through time.

After about 3 episodes I pretty much had the page open on my phone for reference for the rest of the series, so it goes without saying that Dark is far from a casual watch. But nevertheless, if you stick with it to the end, it is an intensely satisfying one.

It becomes clear pretty early into the series that the densely plotted story has been worked out in advance to the minute detail (a making-of documentary would probably be just as interesting as the final product).

As many of the same characters are depicted across different time periods, the casting and performance of the actors was obviously key, and Dark also excels in this department, cleverly using subtle physical and behavioral traits to maintain a throughline.

Although moody teen Jonas is the ostensible protagonist at the start of the series and probably goes through the most extensive character arc, Dark is ultimately a large mosaic of characters who each have a part to play in the complex narrative.

While many of the main players are ultimately prisoners to the machinations of the plot and merely reacting to the insane developments that crop up, some manage to more successfully convey a deeper inner life.

In my book, the standouts were Julika Jenkins as bewildered nuclear plant director Claudia, and the incredibly expressive child actor Carlotta von Falkenhayn as young Elizabeth Doppler, who has quite the journey through the series.

One of the most impressive and captivating elements of Dark is the hard-to-attain mood it captures with a combination of intricate plotting, careful production design, and precise cinematography, which has shades of Donnie Darko (2001) and the excellent French series Les Revenants (2012-2015)

If I have one issue with the series it’s that it is so damn, unrelentingly bleak across the majority of its runtime, with just the minimum sprinkling of hope that things can get better for both the characters and the audience to carry us through.

From the melancholy opening title song, to the fact that the majority of the characters are depressed and/or seriously haunted by their actions, to the at-times oppressive mood, Dark could have used a little bit more cheer to offset some of the nihilistic gloom, in my opinion.

But then again, it is called Dark (given the insane plot I guess just naming it by tone was the logical option), and they did manage to throw in at least one good joke about Deloreans, at least.

Yes, the narrative complexity, ambition, and excellent production values of Dark make it a must-watch and an experience that will linger in the mind long after the final episode. Saying that, I can also totally understand people who are put off by the unrelenting bleak tone.

Check out my next review for my opinion on an atmospheric thriller that was just recently released. 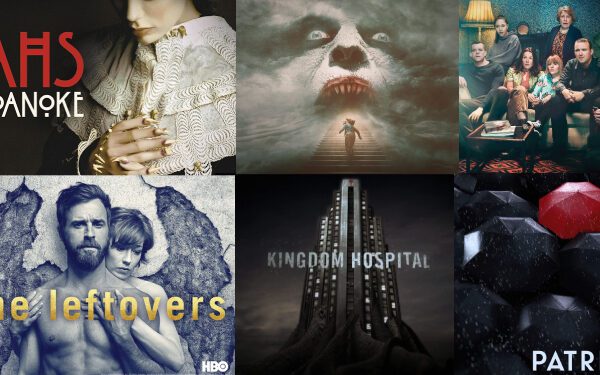